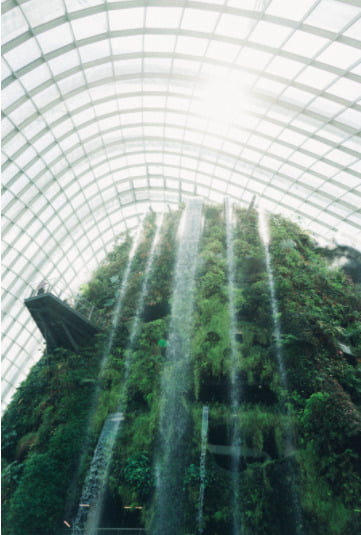 Technophobia is the fear of technology, the anxiety of being intimidated over one’s capability to master it, as well as the insecurity of not being able to control this increasingly unwieldy yet fascinating development of the 20th century. And this fear is with good reason. As technology continues to permeate every aspect of our human existence, the fast-as-lightning pace at which it turns out new products — as well as the amount of resources it ravenously consumes to be able to do so — is foreboding for anyone with even just one iota of concern for the existence of the environment and of future generations. But technology, when managed with the view towards ecological protection, can deliver far more results in furthering the carbon-neutral, climate-friendly advocacies than traditional systems can. Here are some groundbreaking innovations that are shaping the future of sustainability:

Not the weakest link

Blockchain is a database where data is stored in blocks that are connected in chains. Although it is not a hacker-proof system, there is a high level of confidence associated with this innovation. One cannot delete data in any part of the chain but only add to it. Also, for any transaction to be considered valid, the approval of the computer owners in the network is needed (or at least a majority of them). The more participants or nodes in the chain there are, the safer it will be for everyone involved. The security implications are far-reaching not only in cryptocurrency but, more importantly, for exchanges driving sustainability campaigns, such as renewable energy. Because the innovation is automated, fast, and allows for traceability, and therefore accountability, the benefits it has provided trading can be parlayed into advantages in the area of project management, anti-laundering tracking, sharing of medical data, and many others. Just imagine how this can be optimized to promote sustainability efforts and foster global cooperation.

Not just your average plastic bag

The invention of plastic in 1862 was a phenomenal lifestyle changer. The synthetic material is mass-produced, lighter, more durable, and has a higher strength-to-weight ratio. One industry that greatly benefited from this late 19th-century creation was the packaging industry. In 2016, it accounted for 42% of plastic application, which is equivalent to 142 million tons worldwide. While plastic has its clear advantages, ever since plastic debris was discovered in the oceans in the 1960s, the scientific community has since been ringing alarm bells on the dangers of this derivative from natural gas and crude oil. One of the more significant threats to the environment is the non-biodegradability quality of plastic. Depending on the type of plastic, it takes from 20 to 500 years for the material to break down. Thus, when biodegradable plastics or bioplastics came about, it was not just the ecological warriors who breathed a sigh of relief. The innovation is promising in that it disintegrates faster than its outdated counterpart. One example is Mushroom Materials, a bioplastic developed by New York-based company Ecovative that decomposes in just a few weeks. A word of caution though, bioplastic waste is best handled via composting. Also, its availability should not be taken as a blanket approval for us to continue our wasteful lifestyle of overconsumption.

I can see you

What gets measured gets done. This adage also applies to sustainability. While many deep dives show the necessity of reducing our carbon emissions, we need more action to make our walk match our talk. Big business is a major culprit. In a report published in the Guardian in 2017, a study determined that only a total of 100 companies contribute 71% to total global emissions. If the world is to realize a sound plan by which sustainability goals can be achieved, the cudgels have to be taken up by those primarily responsible for global warming. Among the technological breakthroughs that can be leveraged by the world’s top corporations is carbon emission tracking. On a large scale, such a process requires a substantial investment. Business leaders should work hand-in-hand with their respective governments to enable projects that will allow continuous research and development on the sophisticated applications and equipment necessary for the accurate tracking of their carbon footprint. Examples of these would be the joint effort initiated by the Environmental Defense Fund (EDF) in 2013 to track methane emissions from the U.S. oil and gas sector via the use of sensors on drones and airplanes. Across the pond, two satellites were launched by the Greenhouse Gas Satellite (GHGSAT) of Canada, one in June 2016 and another in September 2020, for the tracking of methane and other trace gasses, such as carbon dioxide, ozone, and various other oxides. The data culled from these projects provide immeasurable benefits in managing such emissions and in developing data-based sustainable policies to rein in the ominous threat of our widening carbon footprint.

“I think that I shall never see a poem as lovely as a tree,” goes the oft-quoted classic line of Joyce Kilmer in her masterpiece poem “Trees.” We can logically assume that she meant the object of her adoration to be a living, breathing thing. If she were still alive today, she would most likely be one of the staunchest supporters of anything that would dramatically reduce the demand for paper. In a study, the average employee consumes about 10,000 sheets of paper annually, which would be equivalent to one tree per year. A fully-grown tree can absorb 21 kilograms of carbon dioxide a year. In a study published by The Spanish Foundation for Science and Technology, the average person emits two tons of carbon dioxide annually just from the processes of eating and excreting. From these activities alone, each human being needs about 95 trees just to offset his or her carbon emissions every year. Paperless timesheet apps, which efficiently and effectively track employee productivity, are no longer just an option but a must-have. This office godsend saves time and energy better put to good use elsewhere.

These are among the technological innovations that are paving the way to a more securely sustainable way of life. Technology is not man’s foe. With thoughtful management, it can be one of our best allies yet towards a more livable future.

This website uses cookies to improve your experience. We'll assume you're ok with this, but you can opt-out if you wish.Accept Read More
Necessary Always Enabled
SAVE & ACCEPT
Call Now Button